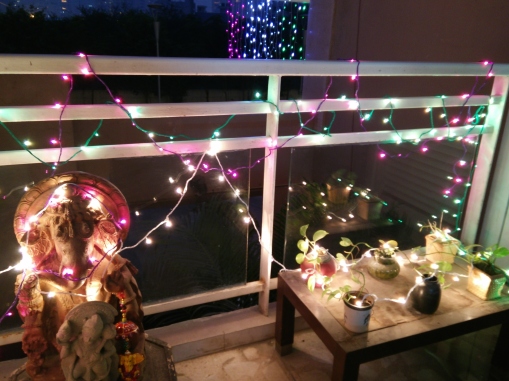 ‘This post is a part of Write Over the Weekend, an initiative for Indian Bloggers by BlogAdda.’

Author’s note :  It is actually surreal that this week’s Write Over the Weekend (WOW) prompt, asks us to tell BlogAdda, about a dream that has stayed on, in our subconsciousness. A dream to remember, that often makes us sit up and wonder about it’s mysteriousness. I had this dream about a year back.  I wrote this note to self, all about it, lest I forget the dream, with passage of time.

I reproduce the same  here-

It was one of the most difficult cars to navigate. A mother-of-pearl-white, gigantic Ambassador. That too for a person like me, who did not know how to drive! Against my volition, I was just thrust into the driver’s seat and asked to drive…Just like that!

The controls were all wired terribly wrong. A bus-like gear system, clutch else where, an accelerator in place of a brake and adding to this chaos was the incessant traffic. Enough to break a person.

To my utter delight, I coped beautifully. I drove slowly, avoided collisions and managed to park in a beautiful, lush green colony with happy faces and gamboling children.

Alas, the dark night came in sharply. It was time to head back. The evening traffic and T intersection seemed impossible to overcome.  I then realized with a start, that I was in the rear passenger seat.

A pristine-white clad man with the most benevolent smile, was in the driver’s seat. He navigated with dexterity and cautioned me about an open door in the front, next to the passenger seat, where my first born was sitting.  As I sat transfixed, able to comprehend the gravity of the situation but simply unable to take any action, the pristine-white clad man shut the door for me and continued cruising along.

I saw that there was a steering wheel, clutch, accelerator, brake, in front of me, attached to the driver’s seat.  I tried to use them, to no avail. As the dream ended, the meaning of this entire sequence, hit me with a startling clarity.

All along, I had thought, it was I, who did the driving but all I had, were the dummy controls!

It was all along He!  And Him alone, who steered, navigated the course of my life and who watched out for me!!

Especially when the troubles hit me, making me paralyzed with fear.

So I could hope to soar, with renewed spirit and vigor, with a strong belief that I wasn’t alone in this journey of life!